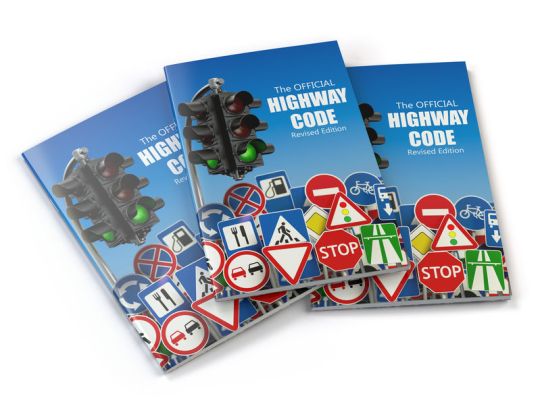 John was really keen to learn to drive as quickly as possible. He knew the highway code by heart. He knew what all the traffic signs meant and he even knew exactly how far to drive behind the car in front so he could stop in time in an emergency. He’d got used to all the controls in the car till using them had become second nature, and he remembered to constantly check his rear-view mirror. He even knew, unlike many, not to use his mobile phone when at the wheel.

But he was no nearer to being able to pass his test than when he first started. So one day he said to his driving instructor, “I know everything there is to know about driving but I don’t seem to be getting anywhere!”

The driving instructor took a deep breath and said, “Well, John, I think the time has come when you really do have to actually turn the key in the ignition and drive the car. Otherwise you will get nowhere!”

The rich man who comes to see Jesus in our gospel reading this morning has a problem. And like John and his attempt to learn to drive he knows he has a problem, but he can’t see what it is. He just hasn’t a clue and needs it pointed out. And like John who hadn’t yet started the car it’s fundamental.

The problem for the rich man is that he wants eternal life, he knows that the basic requirement is keeping the commandments and he’s done that – yet he also knows there’s something he hasn’t got right and he can’t for the life of him see what it is. But Jesus – just like the driving instructor – can see exactly what it is and perhaps is even wondering why the rich man is oblivious. And, perhaps more interestingly, everyone else witnessing this encounter would have seen exactly what the man hasn’t got right. I wonder whether you have? Because like any good detective story, the clues are there staring you right in the face. And it isn’t just about him being rich.

Let’s think about what happens in this encounter. A rich man comes to see Jesus to find out what it is he needs to do that he isn’t yet doing that will mean that he can inherit eternal life.

And what is Jesus’ response? He reminds the man about the commandments – which the rich man would have known anyway..

And the rich man’s response is, “Teacher, I have kept all these since my youth.”

And this is why. We live in a capitalist society. Some people happen to be rich and unless there’s clear evidence to the contrary we assume that they have got rich legitimately – unlike the unfortunate wife of a jailed banker and who was in the news this week and who spent £16M in 10 years at Harrods and has been asked by the National Crime Agency to explain her wealth. But that’s not how it was in Jewish society at the time of Jesus. They were anything but a capitalist society. They lived – as far as they were able given that they were occupied by the Romans – under the law of God.

And the law of God, as any intelligent reading of the Hebrew Scriptures, our Old Testament, will show you is that equality and justice is at its heart. There was an understanding that in economic terms everyone was supposed to be equal.

As one commentary I read this week (the Apologetics Study bible) puts it Economics were viewed as a zero-sum game. So if you were rich there was only one way you could be so. And it was commonly understood that the rich had become rich by defrauding others of their fair share. Fraud was seen as the particular way covetousness manifested itself in the rich.

And so when Jesus lists the commandments to the rich man, he reminds the rich man of the particular form of covetousness that everyone knew the rich were guilty of – fraud.

So how does the rich man respond? Well, he clearly doesn’t get the point. Everyone else would have! But he misses it entirely. And he goes on to reply to Jesus, “Teacher, I have kept all these since my youth.” And there is the problem. He hasn’t. Jesus knows, and everyone else knows, that since he is rich he has broken the commandment about covetousness because he can only have become rich by defrauding others. But he can’t see it for himself. Or perhaps just doesn’t want to face up to the truth.

And it’s obvious what he needs to do but he still can’t see it. So Jesus points it out to him, “You lack one thing: go, sell what you own, and give the money to the poor, and you will have treasure in heaven. And follow me.” Essentially Jesus says to him, “It’s not very difficult, but there’s just one more thing for you to do.”

And as we know from the story the rich man is shocked by the response from Jesus. And he goes away grieving for he had many possessions. He is faced with a dilemma. Eternal life or continuing to break one of the commandments. Mark never tells us whether he was able to overcome that grief and give his possessions away or not. Perhaps he was, in the end, able to embrace that one thing that Jesus says he lacked. We shall never know.

But this is what this gospel today is all about – embracing the one thing that Jesus says we lack in order to inherit eternal life.

Just as he looked at the rich man with the eyes of love and knew what had to be done, so Jesus looks on you with eyes of love and knowledge and sees what it is you need to do. Kneel before him and say to him, “Teacher, what must I do to inherit eternal life?” And Jesus first establishes that you are already keeping the commandments, as he did with the rich man, because if you’re not already at least trying to keep the commandments that needs sorting out first. And then he says to you, “One thing you lack …” Just one more thing … !

His answer to us may well not be “go, sell what you own”, because it’s not the fact that the man is wealthy that makes it difficult for him to follow Jesus, it’s the relationship the man has with his possessions that holds him back. What he owns gives him a sense of identity and security which is difficult for him to put aside. And he cannot acknowledge that in his case his wealth was not his by right but gained through fraud.

The answer Jesus gives to each one of us will be deeply personal. We might already know in our hearts what it is we’re holding on to for our security or sense of identity. Many things can become a kind of spiritual security blanket and stop us facing up reality.

The particular problem that Jesus says you need to address might well be possessions as it is for so many. But it might be something quite different – memories of wrongs done to you that you’ve never forgotten or forgiven, pride in your own abilities, addiction or destructive relationships, something bad you’ve done in the past and can’t bring yourself to confess, or you cannot allow God to deal with your guilt.

It might even be that feeling – and it’s a dangerous one but many Christians have it – that there is absolutely nothing in your life that you need to change or to deal with because actually you’re a good, upstanding, moral Christian already and don’t need to change. “What must I do to inherit eternal life?” What is the answer Jesus gives to you?

It may seem, as it seemed to the rich man, an impossible thing to give up, to change. But, says Jesus, for God all things are possible. So let Jesus reach out and help you.

And then do what Jesus told the rich man to do – follow him. Follow Jesus with all that you are and all that you own at his disposal – with your whole life centred on him and the kingdom of God.