Having had three weeks off preaching for various readings, I was back in the pulpit again last Sunday. 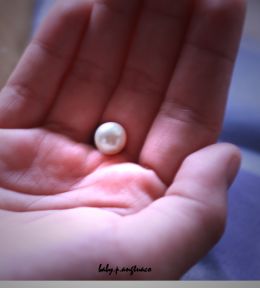 What does it feel like to be able to buy absolutely anything you want, no matter the cost, and not to have to worry about whether you can afford it? Presumably Chris and Colin Weir have some idea of what that feels like, having just scooped the £161 million jackpot on the Euromillions lottery a couple of weeks ago. They can buy pretty much anything they like without batting an eyelid. Even a top of the range executive jet would only set them back a few million. Any time they suddenly think “I’d like one of those” they can just indulge themselves and not have to worry about their bank account.

Money, of course, won’t buy everything, and often the things we really want aren’t things we can just go and buy however rich we might be. And people want all kinds of things. There is an internet site, Yahoo! Answers, that lets people ask questions about anything, and then others can answer the questions. And someone has asked “What do you want more than anything else in the world?” It led to some interesting answers as well as answers you’d expect:

And somewhere in the list of answers, someone had answered the question “What do you want more than anything else in the world?” with just one word … salvation.

Salvation, of course, is something that you can’t buy however much money you may have. And while it is completely priceless it is also completely free. And today’s reading is about salvation – or as Jesus puts it about the kingdom of heaven – and about what lengths you would go to, to get it. People will sometimes go to extraordinary lengths to get what they want. Nine years ago there was an accident on the M25 which closed the clockwise carriageway near Heathrow. People were stuck on the M25 for hours on end – you may remember it. Thousands of people missed their holiday flights and found that subsequent flights were full. They had to wait for a seat. One woman was not prepared to wait. She wanted to go on her holiday so much that she queued for over two hours, so that she could buy a ticket on a flight to Kuala Lumpurat an extra cost of over two and a half thousand pounds. She wanted it that much.

How valuable to you is your salvation? How much do you want the kingdom of heaven?

In today’s gospel reading Jesus gives a series of parables that describe the kingdom of heaven. And we see Jesus liken the kingdom of heaven to a mustard seed, to yeast, to a treasure hidden in a field, and to a pearl of great price. One thing to note about the way that Jesus describes the kingdom is that he uses four images that would have had negative connotations, negative associations, for his hearers. Mustard and yeast, a man digging in someone else’s field and a merchant.

Jesus is saying something quite fundamental about the kingdom by using these images – it is something that transforms, something that takes the ordinary or even the unwanted and despised, and makes it into something wonderful. In the kingdom of God the smallest, the humblest, the most unwanted or looked-down upon person, can become a valued citizen.

Each of these parables has much to say to us, and is worthy of a its own sermon. But This morning I want us to think about the two parables in the middle of the reading – the one about the treasure hidden in the field and the one about the pearl of great price. And they both make much the same point. They have been called the parables of joy, because both tell us about joyful people – people who have found something wonderful and are thrilled at the prospect of possessing it. They are about people who found something that they really, really wanted!

In the first – the parable of the hidden treasure – a man finds a treasure hidden in a field. That would not have been particularly unusual in those days. They had no secure banks, and people could not lock their doors securely while working in the fields. The best way to safeguard things like gold and jewels was to bury them in the ground – being very careful to remember where, of course. But things happened. A woman might die without ever revealing where she had hidden her money. A man might be called suddenly to fight in a war and never return. Nobody would know where to look for the valuables. And then, sometime later, someone might stumble across the hidden treasure.

So a man found treasure hidden in a field. Suddenly he was rich! The rule was simple: the person who found the money got to keep it. But the person who owned the land might make a fuss – he might think that any treasure found on his land was his to keep – and so the man who found the treasure wanted to safeguard it.Jesussays that this man – “in his joy” – those are the words of the parable – “in his joy” – sold everything that he had to get the money to buy the field. He didn’t ask, “Well, what should I do now?” He didn’t grumble about the inconvenience of selling his possessions. He didn’t hesitate.  “In his joy,”Jesussays – “in his joy” he sold everything so that he could buy the field.

In the second parable,Jesussays that a merchant, searching for fine pearls, located one pearl of especially great value. Like the first man, he went and sold everything he had to get money to buy the great pearl. This merchant wanted the pearl so much that he willingly put himself out of business just so that he could possess it.

And Jesus tells us that our relationship with God is so precious that it is worth sacrificing everything to attain it. Except that he doesn’t use the word sacrifice! He uses the word “joy”! He says of the man who finds the treasure in the field that “in his joy he goes and sells all that he has and buys that field.”

Which brings us back to that question that I found on the internet: “What do you want more than anything else in the world?” and the person who answered “salvation.” For that is what Jesus offers each and every one of us – that pearl of great price that the merchant bought, that treasure hidden in the field that the man digging discovered, the kingdom – is available freely. How much do we want it? Do we want it so much that we are prepared to give all we have so that we can truly possess it. For the message of Jesus is that the kingdom must come before all else, but that when we put it before all else we shall know true joy in our lives, whatever life may bring us.

Jesus says, “The kingdom of heaven is like treasure hidden in a field, which someone found; then in his joy – in his JOY – he goes and sells all that he has and buys that field.” The word of the Lord to us this morning is that he wants us to know that joy – to treasure in our own lives and hearts the life of the kingdom of heaven.