Here’s my sermon from last Sunday 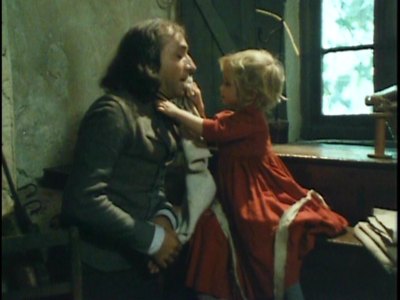 What is the most boring book you’re ever read?

At this point I asked for responses from the congregation – one person from the choir suggested ‘Silas Marner’ which fitted with what I was about to say!

It’s a sad but true fact that the books we had to read at school often bore us to tears. I had to read For Whom the Bell Tolls by Ernest Hemingway. I don’t think I’ve ever read anything so interminable – and in spite of the fact that I’ve been told often since what a wonderful book it is I’ve never tried again. On the other hand a book that many had to read at school and which regularly comes high up in polls of the most boring books in English Literature is one of my all-time favourites. I didn’t read it at school, but heard it read on the BBC each morning one summer when I was in the sixth form. And Silas Marner by George Eliot has been a firm favourite ever since, regularly re-read – it’s not very long – and even finding its way onto my Kindle for yet another reading.

Written in 1861, it’s about a weaver, Silas Marner, in Victorian England. He works and lives in the city and belongs to a devout Christian community – an independent community that is not part of a regular denomination. It is a small Christian community that puts God before all else – one of those close-knit communities that shared everything – a deeply spiritual church. It is a church community which Silas is forced to leave when he is wrongly accused by a friend of stealing the church’s money – the reason being that his friend wanted to marry the woman that Silas had set his sights upon. Betrayed by his best friend, separated from the woman he hoped to marry, cast out from his whole community, all he has left is his skill as a weaver. His life until now has been totally given over to God. Now that he is cast out by his church he turns his back on God, who has been his whole life, and runs away. Silas settles on the edge of the sleepy village of Raveloe where he spends his time doing only two things – making money and counting it. His whole life becomes dedicated to weaving cloth to sell and to counting his money, which he keeps buried in a hole in the floor – he cannot bear to let it out of his grasp. The twin rhythms of weaving the cloth and counting the gold dominate Silas’s existence. He has no contact with other people, other than what is necessary to carry out his work. He shows no emotion except when counting his gold. Having had nothing in his life except God, now he has nothing except gold.

Silas begins to awaken from this lifestyle when his gold is stolen and he is forced to begin to interact with other people. But change really comes when he returns home one day to find a new kind of gold by his fireside – the golden hair of an abandoned baby girl, just a couple of years old. He adopts her, and as he brings up this child whom he names Eppie, Silas regains his soul, opening his home and his heart to others. He discovers that he can reconcile the spiritual and physical dimensions of his life. There is room both for God and for the things of this world.

Matthew writes in today’s gospel that the Pharisees are planning to set a trap for Jesus by asking him if it is right to pay taxes to Caesar. It is the Pharisees, however, who seem to have fallen into a trap – the trap of dividing the physical from the spiritual. If Jesus says that paying taxes to a pagan conqueror is permissible, they can denounce him as spiritually unworthy, as someone who does not respect the higher authority of God – and on top of that they hope the people will turn away from Jesus when they hear him supporting their conquerors. If Jesus, on the other hand, says that paying taxes is not permissible, then the Pharisees hope that the Roman occupiers will intervene and arrest Jesus for inciting revolt. The question was a deliberate attempt to force Jesus to choose between God and the State. Jesus’ reply to the Pharisees’ question is more than a clever way of avoiding a cunningly set trap. It is a profound comment on the relationship between the physical and the spiritual, between the secular and the sacred. It’s about the same problem that Silas Marner struggled with – God and money.

“Give back to Caesar what belongs to Caesar and to God what belongs to God,” says Jesus. He urges us to give due attention to the secular and the material and due attention to the sacred and spiritual. He does not suggest that we attempt to divide the two and to live either entirely in the physical like Silas Marner or in the spiritual like a hermit. Rather, Jesus warns that as human beings with bodies and souls, we cannot afford to disregard either the physical or the spiritual entirely. To do so leads to the emptiness of Silas Marner’s mechanical life of weaving and counting – life simply becomes existence dominated by money, by wealth, by possessions. We become obsessed with what we have. Money is important, of course, to the economy and to individuals, but there is more to life than wealth, than possessions. But if we ignore the physical, as some Christians in history have taught, and some sects still do, that leads at the other extreme, to death from thirst or disease caused by neglect of our bodies, or to condemnation of this world as evil and the idea that true believers must separate themselves from it, to the rejection of scientific advance on the grounds that it is of the world and not of God. Jesus taught neither of these views – he shows us here, in his reply to the Pharisees, the importance of finding a balance.

The temptation to divide our life into physical and spiritual compartments is a strong one. Work can, for some people, become a purely physical realm where they earn money and do the tasks they are employed to do. We can mistakenly imagine that God is not interested in what we do while we are at work, only what we do when we are at home or with our family or friends. Similarly, we can convince ourselves that God is not interested in our household accounts – the gas bill, the telephone bill, and the grocery bill.

Jesus’ words in today’s gospel remind us that God asks us to deal wisely and carefully with the material as well as with the spiritual aspects of life. God wants us to pray and to worship, but God also cares about how we spend our money and what we do while we are earning it. We need Christ’s wisdom and grace if we are to escape from the trap of dividing our lives into sacred and secular, spiritual and physical compartments. Of somehow seeing that church activities have nothing to do with the rest of our life, or that work or home are unaffected by our religious beliefs. When we face moral or ethical dilemmas at work or at home, we need courage not to turn a blind eye or opt for a quiet life. While we are engaged in secular activities, spiritual values – the values of love and justice – still apply. Our duty to God and to God’s law of love is paramount. Yet such spiritual values should not lead us to despise the secular or physical.

If our religious convictions lead us to shun all that is not purely spiritual, we could end up with a life as barren as that of the miser. Jesus calls us to treat both the sacred and the secular with due respect, to strive to integrate them, not to separate them. To follow Christ we need to be ready to find the sacred in the apparently secular. We also must allow our spiritual values to influence our use of the physical, and we must bring our physical needs and concerns with us when we approach the spiritual realm in prayer and worship.

Jesus wants to bring wholeness to the whole of our lives.