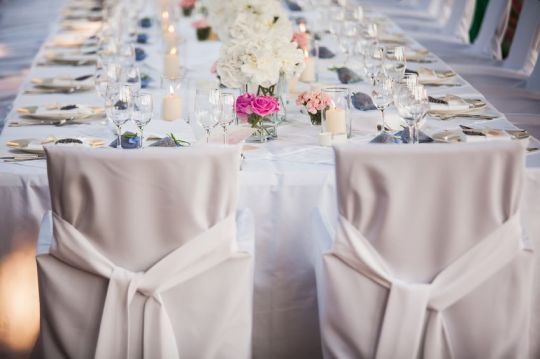 The priest I live with was preaching on the 19th October. We were then off the next day on the delights of our five-yearly diocesan clergy conference, hence the late posting of what she said. Better late than never, here is Mother Anne-Marie’s sermon on the parable of the wedding banquet in Matthew.

In this morning’s gospel we have an image of the Kingdom of Heaven as a great wedding feast. A wonderful meal is awaiting the guests, the wine will flow and no doubt there’ll be music and dancing – a really good time to be had by all. It’s a wonderful image of what awaits us in God’s Kingdom. And here as the church of God, we are a microcosm of that Kingdom, we are meant to be a taste of the Kingdom to come. Here within this church people should catch a glimpse of that glorious kingdom, with its upside down values, its joy, its love, its merriment, and its embracing of life in all its fullness.  But the image Jesus gives us in the Gospel reading tells us that however good it is, there will be people who don’t want to come. The King has many refusals to his invitation to the great wedding banquet which tells us that God is aware that many will refuse his invitation to be part of his Kingdom both in this world and the next.

I don’t know how many of you will remember Roy Hattersley (a British politician), who was deputy leader of the Labour Party from 1983 to 1992. Since his retirement from politics he has become a prolific author of both novels and biographies, writing about William and Catherine Booth who founded the Salvation Army and about John Wesley the founder of Methodism. I remember hearing him interviewed about his book on Wesley and at the end of the interview, he was asked how he felt about the decline of Methodism. He said – and I am paraphrasing here because it is a while back that I heard it – he said “I think if more people went to chapel on Sundays the world would be a better place, but I’m afraid I could never be with them. Despite the fact that my life, my politics, owe far more to the Beatitudes than they do to Marxism, I could never go to chapel (or church) because I can’t take all the miracles and the like.” It really saddened me. I wanted to say “come and see, take a step, try it out”. Here was someone who I felt was being invited, but was writing a polite refusal. The Beatitudes are those wonderful statements of Jesus – blessed are you who are poor, blessed are you who hunger, blessed are you who weep etc. It is to people such as these that Jesus promised his Kingdom and his comfort. It seems to me if anything about Jesus attracts you – some of his sayings, perhaps one of those healing miracles, or his promise of life eternal, then it is best to step in. Dip your toe into church and try it out. In the Church of England we welcome all and are very happy with seekers. You don’t have to accept the whole lot. Come and see. And even if you are not quite ready for regular church going, you can dip into a modern version of the Bible and read one of the gospels to find out what Jesus said, what he did and who he was. Accept the invitation and try it out.

Those of us who are regular church goers and have accepted the invitation to the wedding feast, accepted the invitation to believe in Jesus and who he was and what he has done for us – we are so fortunate. We have been given a precious gift – the ability to believe and put our trust in Jesus. Not everyone feels they can do that – like Roy Hattersley there are bits they cannot believe and so they reject the whole package. That is sad but it is not their fault and it doesn’t make them any worse a person than those of us who have faith. God made us with free will and we are perfectly at liberty to reject his invitation to the wedding banquet.

But in the church community where the people are to be found who have accepted the invitation there are always those who are not treating the gift of faith with the preciousness it deserves. It was the same in the early church when Matthew was writing his gospel. People had come to faith in Jesus Christ. They had the precious gift but some were not handling it with the preciousness it deserved. That is why the parable of the Great Banquet in Matthew’s gospel takes a bit of a funny turn. Did you hear that bit about the guest who does turn up, has accepted the last minute invite, but is in the wrong clothes and gets thrown out? It’s a bit brutal.

We think that what Matthew wanted to emphasise from Jesus’s teaching in this parable is “Don’t get smug!” The message is – the chosen people of Israel rejected the message of the prophets and now most of them have rejected Jesus too. Some of you have got this tendency to think “Well we’re all right, we’re better than them, we believe in Jesus”. Smugness is not compatible with being a Christian. It was a message for the early church and it remains a message for us. Just because we come to church every Sunday does not mean we are better than anyone else. We have been given a gift and we have been put into new clothes. New clothes are a common image for becoming a Christian. St Paul’s letter to the Galatians says “As many of you as were baptised into Christ have clothed yourself with Christ” (Gal 3:27). And in his letter to the Colossians Paul says “Do not lie to one another, seeing that you have stripped off the old self with its practices and have clothed yourself with the new self.” (Col 3:9-10) and Paul goes on to say in that letter “Above all clothe yourselves with love, which binds everything together in perfect harmony. And let the peace of Christ rule in your hearts.” (Col 3:14-15)

Stripping off your old clothes and putting on brand new clothes was in the early church a very common image for what it meant to become a Christian. As you took on Christ, so it was like putting on new clothing, you became a new person and you took on kingdom values and kingdom living. Your faith showed in the fruits of your Christian living – it was just as visible as when you are wear a new outfit. And there was no place in this new way of life called Christianity for smugness and superiority. And so Jesus warns us in this passage from Matthew’s gospel that you may have accepted the invitation but not quite got it right. You may be in the wrong clothes.

Well let’s hope all of us here who call ourselves Christians have got the right clothes on – that we are at least trying to be clothed in love and that we let the peace of Christ rule in our hearts.

We have a baptism this morning. Three children who are accepting (or their parents and Godparents are accepting on their behalf) the invitation to the great party, the Kingdom of God. Now if these children were today being baptised in the Orthodox Church – that’s the church of places like Greece and Russia, they would have been told to come to church in their ordinary clothes but with a set of brand new clothes to put on after the baptism. In the Orthodox church babies and youngish children take off their old clothes, they are literally stripped naked, and instead of just being splashed with a bit of water on their heads as happens here, they are dipped right into the water of the font naked! Then their parents and godparents take them aside, dry them off and put them in the new set of clothes to symbolise that they are now clothed with Christ. Now the children here today are probably very glad that they don’t have to strip off, but the symbolism is still around for us in the Church of England because most babies who are baptised wear something new and special. I wonder if ……………………………. have new clothes on today, or at least best clothes.

Every time we have a baptism in our main church service, it is a chance for all us regulars to reconsider our baptism, and what it means for us to have been “baptised into Christ and to be clothed with Christ”. Today our gospel points out in a very stark way what it may mean for us if we have forgotten the clothing of Christ and are turning up to the Great Banquet, God’s Kingdom, in some other sort of clothing. Continually Jesus is most harsh to those who profess to have faith but are hypocritical. So as we come to the baptism of ……………………………….let us all take the opportunity to renew our commitment to be in the right clothes for the banquet, the clothes of love, which bind everything together in harmony. Amen