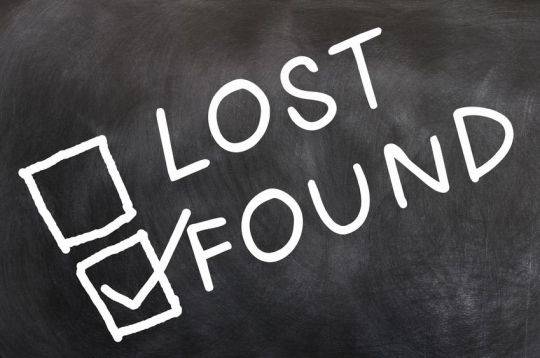 This last Sunday was the first Sunday of Lent. The gospel reading was, as usual, the account of Jesus being driven into the wilderness by the Holy Spirit to face the temptations from the devil. I decided, though, rather than preach on the gospel to address Lent generally and give the congregation a challenge. Here’s what I said.

There are three signs that you are getting old. One is memory loss. I can’t remember the other four.

What’s your memory like? A few years ago scientists undertook some research done into memory and age. In particular, they wanted to find out at what age your brain starts to malfunction. And it’s younger than you think. They discovered that your brain starts to malfunction, mainly because your brain cells start dying, once you reach the age of 40. At that age you can expect to start getting that experience of walking into a room and forgetting why you did, or of going to the fridge and opening the door and then standing there like a lemon thinking “why on earth have I opened the fridge door?” The only comfort you can take from knowing that your memory is fast disappearing is that everyone else over the age of 40 is just as bad and is in the same boat.

Everyone knows that experience of putting something down and not being able to find it again. Although some people seem to do it far more often than others! And top of the list seem to be your keys or your reading glasses or your mobile phone. Fortunately, since I wear glasses all the time, I have managed to avoid losing them! But lose something, and the whole house can be turned upside down before you find what you were looking for in the most obvious place – and you can’t understand why you didn’t notice it before. We can get really anxious about lost things, so agitated over lost glasses or keys or phones, and we get everyone else in the house looking as well. And if a person is lost – a parent losing a child, perhaps – we are really anxious and cannot rest or relax until they are found. My parents managed to lose me on holiday when I was about 5. I can remember the whole thing quite clearly, young though I was, so traumatic was the experience.

Well, here we are again, beginning our journey through Lent. A time when we think about being lost – not usually about other people being lost but about being lost ourselves. Where have we got to on our journey? Do we still know where we are supposed to be going? Are there things we need to do to get back on the right road? Are we so lost that we need help from others? Or do we think we are not lost at all – have we forgotten that, on a spiritual level, we need to be found and guided back on the right way?

We start Lent, our annual pilgrimage journey of rediscovery, at the Ash Wednesday service – a time to reflect on our own sin and without which we cannot, surely, truly grasp the grace of God in sending his Son to die on the cross for us, that we might get back on to the road to life. To understand that we were lost, but that Jesus has found us.

And a recognition that we have lost our way somehow will lead many of us to go to Lent courses, read a Lent book, make an effort to pray more or to read our Bibles more regularly. And I hope you’re thinking about doing one or more of those. Don’t fall into the temptation of thinking that you don’t need any of those things – that’s a sure sign that you’re lost and don’t know it. Today, though, I want us not to think about ourselves – about whether we have lost our way and need some guidance. I want us to think about being the rescuer – whether we, like those on a search and rescue team, could go out and help someone else who is lost.

Jesus once told a parable about a lost sheep, and how although he had 99 sheep left the shepherd left them to search for the one missing sheep. The parable of the lost sheep would have raised a smile among those who heard Jesus tell it. In his day, shepherds were third class citizens – the lowest of the low. Which is why, of course, the announcement of the birth of the Messiah by angels to shepherds earlier in Luke’s gospel is so significant. Shepherds were thought to be so unreliable that they were banned from giving evidence in a court. You can’t trust a shepherd, can you? So when Jesus said that a shepherd left 99 sheep alone to look for one lost sheep, people would have said: “Typical! Trust a shepherd to leave his sheep and go off. What else would you expect they are so stupid!”

They knew that 99 unattended sheep would provide a free lunch for the local pack of wolves. A sensible shepherd would sacrifice the one sheep and look after the 99. Only a silly shepherd would leave them un-shepherded and go to find the missing one. No doubt the smiles vanished as Jesus taught that he was like the silly shepherd, a shepherd who cared for the lost. He risked all in order to find and rescue one lost soul.

Every priest knows that they are called to be like Jesus. And yet it’s amazing how many people there are in our churches who think that it is the task of the clergy to minister to their needs and their needs alone and that they should not spend their time with people who don’t come to church. An archdeacon in this diocese, now retired, once told me the story of a curate in a parish in our diocese with a large council estate. He spent many lunch times eating in the local public house. There were naturally complaints – to the vicar and the archdeacon. A priest should not be wasting his time like this people said – not even if it’s his lunch break and his free time. Even though Jesus did precisely that! Amazingly none of the complainants saw the irony in behaving exactly like those who complained about the company that Jesus kept!

And then a biker was killed, one of the frequenters of that pub, and the curate was called upon to take the service because he knew most of those who would be in the congregation! The biker’s family and friends related to the curate. The shepherd seeks out those who are lost, not those who have never been lost or who have already been found!

Let me elaborate a bit on the role of the priest in the Church of England. The priest in the Church of England is called to be a silly shepherd, one who goes and searches for the lost, not one who forgets the lost and abandons them to their fate. When a priest is given charge of a parish in the Church of England the bishop gives him or her what is called the ‘cure of souls’. This is – in modern English – the care of souls, the pastoral and spiritual care of every single person who lives in the parish. Every single person – even if they already go to another church or are of another faith, even if they don’t want any care. Unlike other Churches, whether Roman Catholic or Baptist or United Reformed or whatever, I am not responsible just for the congregation. My Bishop’s licence tells me that I am responsible for the souls of every single person who lives in Caterham Valley, and that I also share in the pastoral care for those living in the other four parishes in our Team Ministry.

Sadly, I have over the years heard too many times people in the Church of England complain clergy spending too much time dealing with people outside the church instead of doing more for their own congregation. And yet, this is what priests in the Established Church are called to do. To be silly shepherds. Jesus talked of leaving 99 sheep to find one lost sheep. Just remember – there are a hundred or so of you, there are thousands of people out there – around 8,000 in St John’s parish alone. And just as every single one of them has a right by law to receive health care from the NHS, so they all have a right by law to receive spiritual health care from the Church of England. It’s why, unlike other denominations, we take weddings or funerals for people with no church connection or even with no personal faith. It’s why we spend time working in schools. It’s why we spend time getting involved with community organisations and charities that may have no religious basis or church connection.

Every priest in the Church of England is called to be a silly shepherd. But why am I explaining all this, this morning? Because it’s not something that priests do on their own. It’s a ministry that all followers of Jesus are called to share in.

So this Lent, I encourage you to – with me – think about the ways you can begin to help those outside our own congregation who need to experience something of the care of souls that the Church of England offers – people who might need some assistance in being found and helped onto the road that leads to life! People who are lost and want to be found, or who may not even know they are lost. For we are all called not just to care for those within our own church community, but to be silly shepherds, going out and looking for the lost.

For many people in our world are spiritually lost. They may have turned their backs on God deliberately. They may have drifted from him thoughtlessly. Or they may never have heard about him. For as long as there is one person like that in the world, Jesus our shepherd goes out and searches for them. And he enlists the church to join him. We share in that mission in different ways. We can show by acts of compassion Jesus’ love to people whom others reject. We can be his hands, as it were, reaching out to the lost. And we can share our faith through personal witness or by bringing others to church events. In that way, we be Jesus, calling to people lost in the secular fog.

Sometimes, too, we become lost of course. Things happen that cause us to turn away from Jesus instead of following him. He gives us the freedom to wander off. But he is never far behind. He is always looking for us, always searching, and always longing to rescue us. Let’s hear his voice, and thank him for finding us. And then allow him to use us to find others who are lost. For we are all called to be silly shepherds working for Jesus, seeking out the lost rather than giving all our time to those who have already been found.