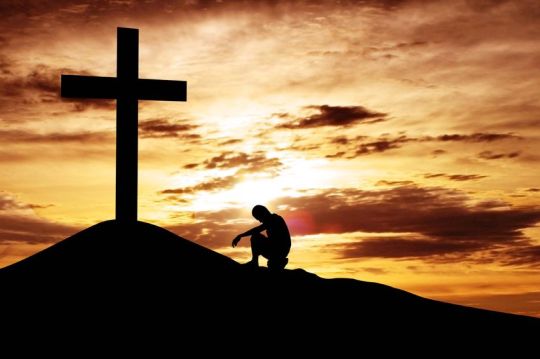 We all have tragic events that stick in our minds. We may not have been personally involved, but something about them, or what you were doing at the time, holds them in the memory. For me, one of these was the Lockerbie air disaster in 1988 – too long ago for some of you to remember. I was nowhere near Lockerbie at the time and knew no one on the flight, but it sticks in my mind because of what I was doing at the time. I had decided to stay up late to wrap Christmas presents – everyone else had gone to bed – and I switched on the TV for company. The screen was full of pictures of the devastation of a blown up plane and a small Scottish town, and I just continued to watch and take in this tragedy which had killed so many just four days before Christmas.

What are the disastrous happenings that you can never forget? If you are a long term resident of Caterham it could be the IRA bombing of the Caterham Arms in 1975. It could be a natural disaster like the Tsunami of 2004 or the London bombings of 7/7 in 2005. Something you may always remember because of where you were at the time, because it reminded you of somewhere you had been or were going to visit, or because you knew of someone involved.

Big tragedies. They are happening daily in Syria and Northern Iraq now.

They happened in Jesus’ day. And our Gospel today opens with two such events, which may seem obscure to us, but meant something to the people at the time. Some Galileans had been murdered by Pilate’s soldiers within the precincts of the Temple in Jerusalem, and it had seemed like not just a senseless murder but a sacrilegious one because their blood mingled with the blood of their sacrifices. It is very like a modern day atrocity that ISIS might commit against a Christian church in Syria. And then there had been some tragedy, probably an accident, when the tower of Siloam, which was possibly part of the Jerusalem walls, fell down and killed 18 bystanders, workmen perhaps – we don’t know.

There are no historical accounts of these tragedies. We know of them only through the gospel account, but I think we can relate to tragedies like these being in the public memory, and they were probably quite recent events.

For Jews there had always been a pervasive line of thinking which linked the sin of the individual, or the sin of the nation, to bad things that happened, so Jesus knew what was in their minds before they could ask the question: “What did they do to deserve this?” Were those Galileans sinners? Had those killed by the tower done something awful to deserve such a horrible untimely death?

Jesus’ answer to these unspoken questions is “No, they had done nothing”. He basically says don’t be ridiculous – do you think the Galileans who died were more sinful that other Galileans?

God does not allow tyrants to kill people or tsunamis to drown people because they’ve done something to deserve it. Emphatically not.

As Christians we should know all too well that this isn’t how it happens. The central symbol of our faith is a cross on which a totally innocent, unbelievably good man was put to death. The idea that only good things happen to good people should have been put to rest for ever the day Jesus hung on that cross.

Christian faith is no magic protection against tragic things happening to us. They are unfortunately just part of life. But we will go on asking questions about why we suffer and why bad things happen. That very questioning is part of life too.

After Jesus has put paid to “they must have sinned for this to happen” idea, he does then give a very strange, almost contradictory reply. “Unless you repent, you will all perish as they did”. I don’t think Jesus is saying unless you repent you will all suffer an awful, untimely death; but He is reminding us that in the end we all perish, and asking what state we will be in when that happens. There is always the question of whether we feel ready to live in the presence of God forever. In an old fashioned phrase “are we in a state of Grace to meet our maker?”

It seems to me that Jesus is saying questions are good, but you are asking the wrong question. Don’t ask “what did this person do to deserve suffering?” ask instead, “how is your own relationship with God?” Look at yourself while you still have the time, because we never know what might happen. Bad things will inevitably happen, maybe to us – illness, accident, disaster; but while we still have a life we need to be asking “how is our relationship with God?” Do we love our neighbours as ourselves? Are we actually doing something to relieve the suffering of others, or do we just point fingers and try to connect the dots between the suffering of others and their sin. So many people still do that – social media is a revelation for that type of thinking. A recent post on Facebook about a family struggling to live on a low income following serious illness, revealed the most judgemental comments about them not working hard enough, not saving for bad times and even about the mum being overweight – as if being fat had led to poverty. So that thinking is around, very much alive in our society. Is it in you?

Lent is a special time in the church’s year to look at how we are doing with God. That can involve looking at big questions like “why is there suffering?” – it’s something we might do in a Lent group or tackle through reading a Lent book. But most times the big questions bring us back to ourselves and God. Despite the cartoon depictions of God keeping tally of our good deeds and our evil deeds, that is not how it is. It is all about love – God loves us and wants us eventually to love him and our neighbour. He wants that response and does not keep a score of our deeds. That may seem unfair but it is how it is. God loves the murderer in his prison cell – he doesn’t love what he has done, but he loves the person and he wants to love them into the Kingdom. He wants them to turn their life around and to love him back. Everything can be forgiven. God is generous.

And in our Gospel today, as so often happens in the gospels, Jesus doesn’t answer questions, he tells a story. He has told the crowd they are asking the wrong question and to instead think of their relationship with God and what it is in their lives they need turn around. And then he tells them a story of a fig tree that hasn’t born fruit after 3 years of careful nurturing. The sensible thing to do is to cut it down, but the gardener says “no, I’ll give it another year of care. It can have another chance.”

God, the great gardener of creation, wants fruitfulness, but he is full of second chances, third chances, fourth chances – seventy times seven chances it tells us in another part of the gospels. God loves us and wants love in return, love for Him and love for the other people he created with whom we share his world. He will keep nurturing us. He can’t stop disaster and disease, but he can love us and keep nurturing us into turning things around so that we love him and love our neighbours as ourselves.