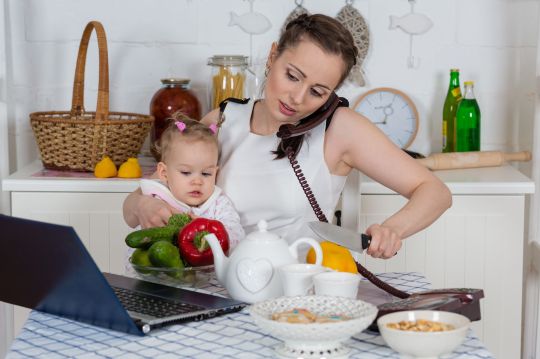 A week ago Mother Anne-Marie preached on the gospel reading about Mary and Martha. Apologies for this being a little late – here’s what she said.

I remember a time, even when we had a young family, when we hosted dinner parties and went to quite a few. But now that rarely happens. We are more likely to wait for summer and host a bbq or just stick to traditional Sunday lunch when we entertain. I could put it down to getting older but I gather we are not alone. The decline in the “dinner party” is due to a number of factors summed up as time, cost and celebrity chefs! We have less time to prepare fancy meals, the cost of hosting a dinner has got too much for our budgets, and celebrity chefs have scared us off cooking! We carry on watching numerous cooking programmes but the amount of cooking we actually do declines year on year, and we get scared of entertaining because we think we cannot keep up with the likes of Nigella, so we just don’t bother. A bbq is an easier, far less stressful option.

Imagine how much bigger a tizz Martha would have been in had she had Nigella or Jamie Oliver (Nigella Lawson and Jamie Oliver – two famous British TV chefs) to live up to!! For her entertaining Jesus and some of his disciples was stressful enough without those role models to make it worse! Martha was no doubt a lists person – she wanted to do the best she could for Jesus and she knew in her mind exactly what had to be done when – 5 o’clock put the goat in the oven, then prepare the vegetables, make sure the wine is at the right temperature, put the bread to warm – oh and Mary can lay the table, fetch the water, and do the washing up as I go along.

I have so much sympathy with Martha. I know where she’s coming from, and I don’t think this story is telling us not to be organised, not to expect the rest of the family to help around the house. I certainly expect that in our house! It’s not saying that, so if you are a man or a woman who likes to be organised and expects those around you to chip in – don’t start feeling guilty. There may be something to learn here, but you can’t change your basic personality. This story is about discipleship – what it means and who can be a disciple – and it needs to be read with the story that comes before it. This is kind of sensible. When you read a novel, you don’t read chapter 9 without first having read chapters 1 to 8. Chapter 9 would make very little sense if you read it on its own – you might be able to appreciate the language or a descriptive passage, but you are unlikely to pick up the gist of the narrative – what this novel is all about.

Luke, when he wrote his gospel, was thinking about structure. In the opening verses of his gospel, he writes “I decided after investigating everything carefully from the very first, to write an orderly account for you, most excellent Theophilus.” So, what comes immediately before this account of Jesus’ visit to Martha and Mary? Well we are reading St Luke’s Gospel in order on Sunday mornings at the moment, so who remembers what the Gospel reading was last week? Really famous story … the parable of the Good Samaritan.

That parable and this story of Jesus’ visiting Martha and Mary’s house are unique to Luke’s gospel. In many respects Luke follows Mark and Matthew. We know he had Mark’s gospel and he probably knew something of Matthew’s, and often he uses Mark almost verbatim. But he has his own material. And last week’s parable and this week’s story are part of that precious unique material. So if we are a thinking sort of person, we will be asking why did he put these two bits of his own stuff in. What issues was he addressing? What theological point was he trying to make with them?

Well there may have been an issue in the churches about what sort of discipleship was best – active or contemplative? Is it better to be a Christian who goes out to serve others or a Christian who is attentive to God and spends time in prayer? And this is why it is so important to take the two stories together, because if you just read the Martha and Mary story you might think the contemplative is definitely better – Jesus said “Mary has chosen the better part.” Sitting at the feet of Jesus – listening to God – the model of the contemplative disciple – is better. But look at the Good Samaritan – there is a caring, active disciple – reaching out to others. Luke is saying something about balance and something about attitude. Yes, as Christians we respond to need – we care for the stranger, we do practical, helping things. But we also need to spend time with God, to pray, to study – to be enriched and refreshed. To spend time at the feet of Jesus. And there is something about attitude isn’t there in these two stories? I always get the impression in the parable of the Good Samaritan that the caring Samaritan was very unobtrusive – he did what was necessary, calmly and gently. He didn’t take on a martyr stance, giving up his own plans, and staying with the injured man. No, he asked the innkeeper to care for him and went on his way saying he would repay any expenses when he next came by. He didn’t overwhelm the injured man or made him feel like he was a burden – he gave him space.

Martha on the other hand is a bit of martyr I’m afraid. She is a bit judgemental and critical of Mary with her words “Lord, do you not care that / my sister has left me to do all the work by myself?” There is nothing wrong with doing the practical jobs, wanting to give of your best for Jesus and for others, but attitude is crucial. The kingdom needs all sorts of disciples. A church needs those who do and those who pray – it needs balance, but it doesn’t need one group to be critical of the other. And in our own lives we need balance – some of us will pray more and some will “do” more as Christians – that will largely be a matter of personality or ability, but all of us need some of both. So I think there probably was an issue around at the time Luke was writing about what sort of disciples were best – and these two stories together give guidance. But in addition to the “what sort of disciple” question was a bigger issue – who can be a disciple? And for Luke this is really important. Who is the good news of Jesus for and who can be a disciple?  In Luke’s gospel we have got beyond the Jews and Gentiles debate. Jesus came for both Jews and Gentiles – that was settled by then. Luke is now dealing with the “what sort of person?” question.

The Samaritans, as you heard last week, were for the Jews outcasts, unclean. You heard from Fr Jerry that the Samaritans were descended from the Jews who were left behind when many of the Jewish people were exiled to Babylon. In the time of separation their Jewish religious practices went in different directions, but there was also an underlying class issue. The Jewish people who were sent into exile were the influential and well off. The ordinary, poor, peasant class were the ones left behind. They carried on in Israel and they became the Samaritans. When the influential upper and middle classes were allowed to return with a new zeal for their Jewish faith they would have felt superior to the Samaritans on class grounds before they ever began to look down on them because of their different religious practices.

Then there were women – be they rich or poor, Jew or Gentile – they were also outsiders – in both Jewish culture and Romano/Greek culture they were there to serve men and keep silent. Luke’s skill as a story teller was that the Martha and Mary story would resonate in one way with Jewish teaching, but not in another. Sitting at the feet of a teacher was a good thing, but for a woman………….? A Rabbinic saying was “Let thy house be a meeting-house for the Sages and sit amid the dust of their feet and drink in their words and thirst….(but) talk not much with womankind.”

Luke proclaims loud and clear that no one is outside when it comes to the love of God and no one can be outside when it comes to being a disciple of Jesus. So those Christians who heard Luke’s gospel are having to adjust their thinking. “Well, O.K., we accept a disciple can be a Samaritan or someone not quite as good as us, and yes a disciple can be of another race or a different skin colour. Another story unique to Luke in Acts – the baptism of the Ethiopian taught them that. The colour of skin doesn’t matter, religious practice in the past doesn’t matter, social class doesn’t matter; but you can hear them saying “a disciple does have to be male doesn’t he?” No says Luke. Women too can be disciples of Jesus. Jesus didn’t bat an eyelid when a woman did the unthinkable and joined the men listening to Jesus’ teaching, in fact he complimented her – he said she had chosen well. Being a woman is no obstacle to being an authentic disciple of Christ.

By the time Luke was writing, the message of Jesus, and the meaning of his life, was really beginning to sink in. The love of God is for everyone. There are no rules which restrict God’s love and no rules that restrict who is in and who is out, who can be a disciple and who cannot. A disciple is anyone who opens themselves to the love of Jesus and listens to his word, and then loves Jesus and his people in return.