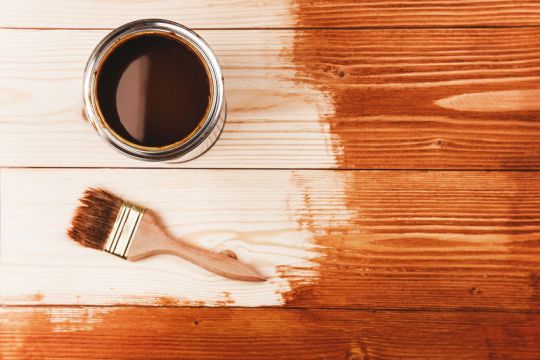 This Sunday was the Sunday following Ascension Day, and is a day when we both look back to and reflect on the Ascension and also look forward to Pentecost when we celebrate the wonderful gift to us of the Holy Spirit. It was also the day after a major failure of British Airways’ IT system, which caused a major crisis at UK airports and left thousand of unhappy travellers stranded.

The task of advertising executives is to come up with slogans that people will remember and that will sell the product and boost its reputation.

This morning, two in particular come to mind:

The world’s favourite airline. That’s right – British Airways came up with that in 1983! And then, in 2011, their new tagline was: To fly. To serve.

Well – yesterday they weren’t flying and they definitely weren’t serving. Friends of ours were flying to Boston yesterday from Heathrow to see family in the US. They were some of the very few lucky ones who, despite a delay, managed to fly. They were on one of only two BA flights to leave Heathrow – perhaps the fact that their plane flew had something to do with the fact that, as it was revealed to them later, the co-pilot had tickets for the Boston Redsox! But despite being lucky enough to fly upon arrival they discovered their luggage was somewhere else entirely. They flew – but they don’t feel served! And I can take a good guess what they would say if they were asked: Is BA your favourite airline?

Well, we don’t know whether or not yesterday’s disaster was BA’s fault or whether it was completely out of their control, but they weren’t from the point of view of their passengers living up to their advertising slogans.

It is the dream, surely, of every advertising executive to come up with an advertising slogan that so captures the public imagination that it enters the language. It then gets used in other contexts, but every time it’s used you recall the original product.

A good slogan will find itself used and adapted to suit all kinds of situations – and hopefully everytime people hear the slogan they immediately think of the product. Two slogans which immediately spring to mind – if you haven’t now thought of them already:

Love it or hate it. The famous Marmite slogan, launched in 1996. And now you hear about people applying “The Marmite Test” to all kinds of things.

And another advertising slogan which has entered the language in its own right is: Does exactly what it says on the tin, now used in all kinds of contexts. Anyone remember what it adertised? Of course – Ronseal – first used in 1994. And which is the theme of my sermon this morning.

“You will receive power when the Holy Spirit has come upon you; and you will be my witnesses in Jerusalem, in all Judea and Samaria, and to the ends of the earth.”

You don’t need to spend hours in Bible study or have endless theological discussions to work out what the Church is here for. This is it. “You will be my witnesses in Jerusalem, in all Judea and Samaria, and to the ends of the earth.” That’s what I now expect you to do, says Jesus – be my witnesses.

And in case anyone is in any doubt that that is what the Church is supposed to do – in case you’re not sure that what is written on the tin marked “Church” is being witnesses, then Matthew reinforces the message. At the end of his gospel the eleven disciples meet Jesus on a mountain. Matthew doesn’t specifically mention the ascension but it is implicit. And Jesus says “Go … and make disciples of all nations, baptizing them in the name of the Father and of the Son and of the Holy Spirit, and teaching them to obey everything that I have commanded you.”

That’s it: summed up by Matthew and Luke. That’s what the Church is for. That’s what it says on the tin. Those who follow Jesus, those who are part of his Church, are to witness to Jesus, make disciples, baptise them and teach them to do that Jesus has commanded. “You will be my witnesses … to the ends of the earth,” says Jesus, and then he’s gone.

In a way it couldn’t be more simple. That’s all we have to do. Witness to Jesus through our words and their actions, bring people to the point where they want to become followers of Jesus themselves, and teach them how Jesus expects them to live. And to make it easy, says Jesus, I’ll even give you the power to do it – the power of the Holy Spirit. And from this point on Luke, in the book of Acts, shows the Church doing exactly what it says on the tin.

And once the Holy Spirit has come, as we shall hear next week, this new community sets out to witness to Jesus through their words and their actions, taking the gospel, the good news, to the ends of the earth. They make sure that the Church does what it says on the tin.

We are, of course, inevitably left with a question. Are we as individual followers of Jesus, as a church community, doing what it says on the tin? Those first disciples were told to begin witnessing locally – in Jerusalem – and then to move out to the wider context, all Judea and Samaria, and then to the ends of the earth.

And that gives a good model for each of us to work with. For witness must begin with ourselves and our own context. Witness is not something someone else does.

And whatever your answer to those questions you are left with a further question. If your answer is yes then we have to ask why we are not being more effective in our witness?

After Jesus ascended the followers of Jesus spent time waiting for the promise to be fulfilled – the gift that Jesus had promised would come, the gift of the Holy Spirit. And then they went out in that power and witnessed. And that witness meant that many of them went to their deaths – martyred because they witnessed for Jesus in a hostile world. The word ‘martyr’ actually means ‘witness.’

We now wait for the Holy Spirit. We wait to celebrate the coming of the Spirit in power upon the disciples on the Day of Pentecost. This, for the Church, is a time when we can reflect on what Jesus is wanting us to do and look forward to receiving the power to do it.

For this is what the Church is here for – to receive and know the power of God at work in our own lives and to bear witness to those around us – to take the message of salvation through the death and resurrection and the abiding presence of Jesus. Not everyone will want to receive that message – but love it or hate it it’s a message that Jesus wants everyone to hear.

So prepare, by reflecting upon the call of Jesus to his disciples and to you and me, to be open to receive the Holy Spirit next week, allowing him to refresh the parts of your life that nothing and no-one else can reach. And pray during this week that we as a individuals and as a Church may do for Jesus exactly what it says on the tin.