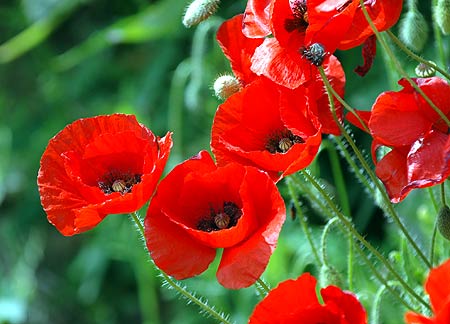 1917 was a significant year – for the music industry at least, and jazz in particular.

I don’t know how many of you here are jazz fans – but 1917 was the year that the first commercially available jazz record was released, by the Original Dixieland Jass Band who, in an early attempt at trying to be cool, spelled their name with a double s. It was also the year of birth of some great singers and musical performers. Some of you will remember them, while to others they may be unheard of – Ella Fitzgerald, Dean Martin, Dizzie Gillespie, Lena Horne, Thelonius Monk – but perhaps most notably, Dame Vera Lynn. Dame Vera turned 100 in March this year and as well as being such a great icon, her songs forever connected in our minds with the Second World War, she amazingly provides us with a living connection with the Great War and specifically with 1917, a year which was in many ways not just a turning point in the Great War but in world history. To most of us 1917 and the Great War may seem like history, but there are still those like Dame Vera Lynn whose lives connect with it, and many whose parents lived through it. My own father was born the year the war broke out. It’s not that long ago.

What was it like to live during that conflict, for people in general? Let’s go back in our minds a hundred years and try and imagine we are in Caterham in 1917. We are now three years into the war, and prospects for the future were looking increasingly bleak – there seemed to be no end in sight. What would 1917 bring? The January edition of the St John’s parish magazine gives a parish motto for the year chosen by the vicar Fergus Wood – the motto was On earth peace and goodwill towards men. And he asked people to pray daily for peace to come.

Yet 1917 was to see some of the worst conflict. Inevitably the main headlines of the year would be about the war. The year began with Germany announcing unrestricted submarine warfare including attacks on hospital ships. It was a policy which was to help bring the USA into the war that year when a submarine sank the Cunard ocean liner RMS Laconia as it crossed the Atlantic with some American citizens on board. It was the year that saw the battles of Passchendaele, Vimy Ridge, Cambrai – the first significant tank battle following the founding of the Tank Corps in the British Army in July. And a year which, amazingly, also saw the last great British Cavalry charge – the charge of the 6th Mounted Brigade at the Battle of El Mughar Ridge  in Palestine. The centenary of that charge is tomorrow.

There were wider events in the world that still today have an effect upon the world we live in – the Russian Revolution of 1917, the Balfour Declaration promising a Jewish homeland.

And in an era when war had always been something that happened overseas it saw people at home experiencing the reality of war. It was the year of the first night air raid on London. A major air raid on Kent caused heavy civilian casualties. There were to be numerous air raids in 1917, mainly on London and the south east, with increasing numbers of civilian as well as military casualties, as the reality of war waged by aeroplane took hold.

But we are imagining we are in Caterham. What news of the war here? A look through the parish magazines for the year brings some interesting insights beginning with that motto On earth peace and goodwill towards men.

Throughout the year we see reminders that although it may now seem, to us, so long ago for the people of Caterham and of St John’s this was about real people, In January the news was reported of a medal being awarded. The magazine records: The former boys and girls of the St John’s Day School, and the members of the Lads’ Club, are proud indeed that one of their number has been awarded the Military Medal for conspicuous devotion to duty and soldierly conduct in action. It was a pleasure recently to see Fred Ryder home on leave and looking remarkably well.

Fred Ryder doesn’t appear on our war memorial, so I would guess he made it through the war, though I don’t know for certain. It’s difficult to know what it must have felt like for families and friends back here in Caterham waiting for news and hoping that it would not be bad. Sadly, of course, as we know for so many the news came that they didn’t want to hear. And there was the inevitable notice in the magazine. And each of those notices, and the associated name that now appears on our memorial, represents not just an individual but a family and a community whose lives would never be the same.

Three of those we remember today.

In June: It will be a very real grief to not a few that 2nd Lieutenant Noel Grant was killed at the Front on Friday May 25th – we knew him as a good thoughtful lad and most devoted son.

In July: The last name to be added to the sad yet glorious list is that of Cyril Ramsay Cook – a subaltern of the Sherwood Foresters, who died on June 9th. A bright, promising lad of 19, sound in heart and mind and body; he was one of those who his country, his family, and his friends could least afford to lose.

And in August: Again we grieve to record the loss of one who was brought up in our Day and Sunday schools. Lance Corporal Allright belonged to the 3rd Worcesters. Twice before he had been wounded. He died in action on July 4th – the second member of his family to meet his end in the service of his country.

And one who while not on our war memorial is remembered at Warlingham where his family had moved. In October the magazine reported: It is sad to report that Mr Keith Lockie, of the Flying Corps, was killed in France during the last week in September. Mr Lockie was the son of a former churchwarden and generous benefactor to St John’s, and in which church he was baptised.

And by the year’s end the parish motto for 1917 – On earth peace and goodwill towards men – must have seemed to be still a reality so far away.

But one more thing was reported in the parish magazine in 1917 – in August the first war memorial was erected, outside the east end of the church where everyone could see it. It was always intended to be temporary, and would be replaced when the war ended – as the vicar Fergus Wood said in his sermon – by a really worthy monument to last for ever.

Well, only time will tell whether that monument, the monument at which we will make our act of remembrance, will last for ever. The names on our war memorial, the names mentioned month by month in the church magazine – these are real people. And those who knew them gathered here for many years to remember them.

And although nearly a hundred years have passed, we still gather to remember not just those whose names are recorded on and above the memorial from two world wars, but all those we have known personally who died, and those whose lives were never the same. We come together to remember – and in some cases come face to face with painful memories.

The motto for St John’s for 1917: On earth peace and goodwill towards men was accompanied by that call to the parish community to pray for peace. That prayer is still needed so much.

We pray for all today who serve in our armed forces and civilian services who risk their lives for the defence of our nation, and who serve around the world with others to help bring peace and stability to a world that still so desperately looks for peace.

Sadly we still live in a world where sometimes conflict becomes inevitable and, work as we must for peace, sometimes that peace can only be achieved through military action. Peace and freedom, justice and democracy, are not always achieved easily or defended easily.

And so we owe it to those who never came home not just to remember them, but to continue to strive as best we can to create the peace and the freedom for which they fought and died. That is why a part of our remembrance service each year is about pledging ourselves to work together for a world that we all want to live in – a world where everyone can live in peace, know justice, and be free from suffering.

The Christian message is that God sent his son Jesus, the Prince of Peace, to bring the good news of salvation to a world that is in so much need. We all still need to hear that message, to know the love and peace that only Jesus can give in our own lives, and to share that love and peace with all around us.

So, as today we remember, as we offer prayers and thanksgivings for all those – combatants and civilians – who have given their lives in war, as we ask God to be with those who serve today, we commit ourselves anew to the service of God and humanity. And we pray that God will use us to bring the peace to our world for which so many in all kinds of ways have striven and for which so many have sacrificed their lives.

As a young woman said last night after the Act of Remembrance at the Royal Albert Hall: Remembrance is not about the battles or the parades – it is about the people.

On earth peace and goodwill towards all people.