Last Sunday was the Sunday Next before Lent, also known as Transfiguration Sunday as the gospel reading is the transfiguration of Jesus. Here’s what I said – apologies for it being a little late this week! 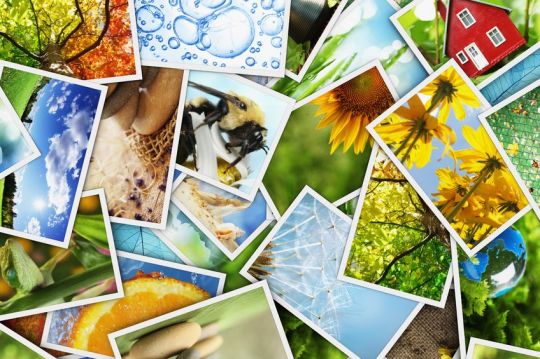 You know what it’s like! Some friends invite you round for a meal. And what do they do? They get out the photo album. Or if they’re technologically savvy they show you the photos on the TV screen. First it’s the holiday photos. And then it’s the photos of the children. And you struggle to pretend that you’re really interested – your eyes start to glaze over and you keep saying, “Yes, that’s really nice …” without meaning it. Well – this morning we’re going to have a look at a photo album. Not really, of course, but in your imagination. Over the past few weeks, since Christmas, we have been given in our readings a series of snapshots of the lives of Mary and Joseph, and of their son Jesus as he grows up. Starting with his birth, visits from shepherds and wise men, then a trip to the Temple and the flight to Egypt, and coming right up to date with his baptism, and the start of his ministry.

And I want you this morning to use your imaginations – imagine that all those years ago Mary and Joseph had been lucky enough (if ‘lucky’ is the right word!) to own one of the latest smartphones with a camera so that they could take photos everywhere they went.

You can just imagine what it might have been like. And I want you to really use your imaginations now. Jesus is now grown up. Joseph has died so there’s now just Mary and Jesus. Jesus has finally left home and is now working as a travelling teacher and Mary has invited you round to her house and has got out the photo album with photos going all the way back to when Jesus was born. You can just hear her talking as she goes through the photo album. So get your imagination off to a good start by imagining that I am the Blessed Virgin Mary. I know I don’t look much like her but I’m sure if you try hard you’ll manage:

“Well, here we are on the way to Nazareth. Not much of a holiday – didn’t really want to go but we had to. Here’s one of me on the donkey on the way. Isn’t he sweet? Bethlehem was packed and we had to stay in this stable. That’s where Jesus was born. Here he is – We had to put him in a manger. Then these shepherds turned up – here they are – and guess what, they gave Jesus a present. Look – a little lamb – isn’t he cute?

“And you won’t believe what happened next. These three rich men from way out East turned up on their camels. Look at them – aren’t they amazing. And they gave us more presents. And just look at how big those camels are!

“Of course, we had to take Jesus to the Temple for his presentation. Here’s one of him with that man in the Temple – Simeon, his name was. And there was a woman too, Anna – I’ve got a photo of her, too. And all of them said such wonderful things about him. Then we had to go away to Egypt for a break paid for out of the gold those three men gave us. Lots of photos there – before we went back to Nazareth.

“Oh look – here’s some photos of the holiday we had in Jerusalem, when Jesus was about twelve. You remember, when he got lost. He did make us worry, but after that he was always such a help at home. I’ve got some photos here of Jesus growing up – here he is helping Joseph in his workshop – such a good boy.

“Oh – I’m sure I’ve got some photos of his christening here. Yes – here they are. Of course we decided that we’d let him make his own decision about being christened when he grew up – and it was so nice that his cousin John was the one who baptised him.

“And here’s a photo of Jesus at his graduation …”

Well, of course Jesus didn’t have a graduation. He didn’t go to school till he was eighteen, or go on to college or university.

Today we all have to go through school, with all the homework and exams, and it can seem never-ending. But for all of us there comes in the end that moment when learning ends and working life begins. Whether that’s after GCSEs, A-Levels, taking a degree – at some point we start out in the world of making a living as best we can. And often that point is marked by some kind of graduation ceremony from school or college. Prizes are handed out, perhaps by old boys or old girls who have turned up especially for the occasion, and who give words of advice to those preparing for their new lives in the world. Friends and family turn up for the occasion. And once it’s all over the real work of making our way in the world begins.

If Mary’s photo album had really existed, then she might well have included some photos of the events that we have been told about by Luke in today’s gospel reading – this special happening that we call the Transfiguration. For in a way the Transfiguration is the moment in Jesus’ life that marks the point at which for Jesus the real work begins. Think of it as his graduation.

Jesus takes his three closest friends up a mountain. And it was clearly a very special and important occasion. Luke tells us how Jesus prayed, and how his whole appearance changed. His face changed, his clothes became dazzling white. And – like old boys at a graduation or a prize-giving – Moses and Elijah turn up and talk to Jesus about his future. And this is for Jesus a key moment in his life. For once the Transfiguration is over his real work begins. You can think of everything that Jesus has done up to this point as being preparation. Once this very special event in his life is over there is no longer any doubt about what his future work is – it is to go to Jerusalem and to face the cross. That’s what Moses and Elijah talked to him about, Luke tells us – they spoke of his departure which he was about to accomplish at Jerusalem.

Peter, James and John didn’t know quite what to make of all this. It’s no wonder that, as Luke tells us, they didn’t tell anyone what they had seen. They hadn’t had the benefit, as we have, of seeing how all those events in Jesus’ life taken together provide a complete picture of what he was about. They would not really grasp everything and understand until after the resurrection.

For us, it’s different. I began with Mary’s imaginary photo album of the important events of Jesus’ life. And all those snapshots which we have had of Jesus’ life over the past few weeks, and the snapshot today of this special event, the Transfiguration – taken together give us a picture of how everything that has happened in the life of Jesus up to this point is leading to his life’s work. We can see how the events surrounding his birth and childhood, his baptism, the beginning of his public ministry, are all leading him to the point where he sets his face towards Jerusalem and all that that will mean.

We may not actually have a photo album to help us, but for us the picture is clear. And so we begin Lent on Wednesday and journey with Jesus, in our worship, to Jerusalem and to the events of Holy Week and Easter, for we know why Jesus came to live among us and what the end purpose of his work on earth was, and is. As we journey to Jerusalem and to the cross, on then on to the empty tomb, we journey to meet with a risen Jesus.