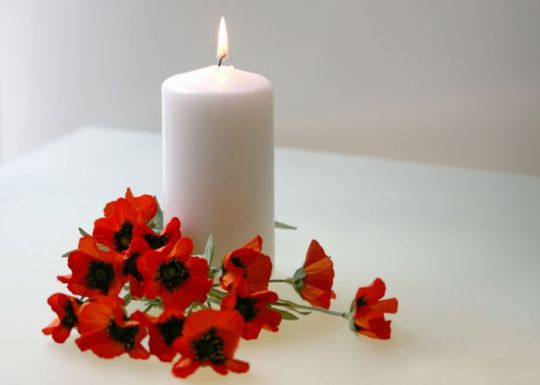 Today is, of course, the 100th anniversary of the end of the Great War. As always the church was full for our Remembrance Service at St John’s. Here is my sermon for today.

A hundred years seems such a long time. And yet – the century that has passed since the end of the Great War is so much shorter than we sometimes imagine.

In family terms for many of us it’s not that long ago at all. My grandparents were all caught up the events of the Great War, and that will be true of many of you here. My grandfathers both served through the war – one in France, one in Egypt. For some perhaps it’s now great or even great-great-grandparents who are the nearest generation to have a connection. For me, I’m distanced from the time of the Great War by just one generation – my father was born just after Christmas in December 1914 at the point when it had dawned on people that it wasn’t all going to be over by Christmas! I’ve often wondered how his parents – my grand-parents – felt about the state of the world as my father entered it.

The Great War, as we know, lasted for four years. Such a short time in some ways. Four years ago from now doesn’t really seem very long ago at all. And yet how long, how interminable, must those four years have seemed – both to those who endured so much at the forefront of the fighting, and to those who waited at home.

As I’ve thought over the past few weeks about what to say on this special anniversary, I’ve been very conscious that each person here today will have very different thoughts. For some of us we think about those we have known who were caught up in those dreadful events of a hundred years ago, as well as those of more recent conflicts. For others, it’s beyond our knowledge other than what we learn in school and in history books, and yet we see wars and conflicts still today as we watch the news. The so-called War to end all Wars never did anything of the sort.

And as I’ve thought about what to say, three particular names seem to have come to the forefront, leapt out at me as it were, from among all the stuff that has come my way over recent weeks as the country has prepared for today. Three men – Laurence, Alex and George. So I’m going to talk to you about those three today.

Laurence Binyon, as many of you will know, is the poet responsible for the words that are now recited at every act of remembrance: They shall grow not old, as we that are left grow old … And yet, when he first wrote those words, no one could have had any idea about the future course of the war and the scale of devastation and death.

The UK had declared war on the 4th August. Laurence was too old, at 45, to sign up, so he volunteered as a hospital orderly with the Red Cross. He hadn’t yet been sent to the front, and the mood of the country was still fairly optimistic when he wrote his poem For the Fallen in early September 1914. It was written just after the battle of Mons, and tales of heroism and courage were being reported in the papers, but news of deaths were beginning to appear as well. And yet, at a point when men flocked in their thousands to enlist, there is still that sense of looking forward with hope and pride as the poem begins:

With proud thanksgiving, a mother for her children,
England mourns for her dead across the sea.
Flesh of her flesh, they were, spirit of her spirit,
Fallen in the cause of the free.

It was published in The Times that same month.

We move forward to October 1916. The war has now been going on for two years. And in that month Lieutenant Alex Alderson, serving in the Machine Gun Corps, was sadly killed in an accident during bombing practice at Grantham. Alex is remembered here on our war memorial. Alex was a public school teacher, and at the time of his enlistment he was on the staff of Sherborne School, where he is also being remembered today. I’ve been in touch with them this week. But what was unusual about Alex was that he was also a priest – and until the first year of the war he was a curate here at St John’s while also teaching at a nearby school in Kenley.

His obituary in the magazine of Sherborne School recorded his own personal struggle with how he should respond to the call for men to sign up. It reads: He spent much anxious thought, and without doubt much prayer, over the question whether his duty as a clergyman was to stay or to go, and, if to go, whether as combatant or chaplain, and his decision to take a combatant commission was made deliberately and from a sense of duty. Sherborne School is the poorer for his death, but the richer for one more example of duty steadily and loyally pursued.

In a way Alex stands as a representative of all those who made that often difficult decision to leave loved ones behind, and from a sense of duty, enlisted to serve their country – and he is represented here today by one of the empty spaces in our church. No doubt all who went would have liked things to be different – but they weren’t, and they answered the nation’s call.

The war was to last another two years into 1918, until at last, came the news that people must have begun to think would never come. An Armistice was agreed at 5am and signed shortly after, to come into force at 11am, on the 11th of November. The news spread across the Western Front on that day that from 11am all hostilities would cease. But until then, despite knowing that it was all over, controversially those on both sides still continued to exchange fire.  And at 9.30am, Private George Ellison, his regiment having been ordered to move forward to secure some high ground near Mons, was shot by a sniper’s bullet. He had served all through the war only to die when it was all but over, and he was the last British soldier to die – and is by a quirk of fate buried opposite the first British soldier to die – for he had also died at Mons where the British offensive began in 1914. Four years, and the British line had ended up back where it started. Amazingly George’s widow never knew where he was buried, nor the historic significance of his death.

And so we come full circle, back to Laurence Binyon’s poem. That initial sense of proud thanksgiving with which the poem had started, and which had been prevalent at the beginning of the war, had gone. And the first Remembrance services, begun in 1919, were very sombre occasions which focused on mourning the war dead – any sense of celebration for victory was not there, that came later. As did any sense of Remembrance acting as a spur to achieving future peace. At its heart, originally, was solely the grieving for lives lost. And the words of Laurence Binyon, from verse four of his poem, particularly struck a chord with a grieving nation – and not only here, of course, but across the Empire. They helped people to make some sense of what had happened, and gave people some comfort.

They shall grow not old, as we that are left grow old …

And so this morning, it seems right as we mark this centenary of the Armistice, to spend some time in reflection as we listen to Laurence Binyon’s poem in full, accompanied by music from Edward Elgar, who was a friend of the poet and who put the central words of the poem to music in 1916.

And here is Laurence Binyon’s poem, which as it was read was accompanied by our organist playing Nimrod from the Enigma Variations by Edward Elgar. It was published in The Times on September 21st 1914.

With proud thanksgiving, a mother for her children,
England mourns for her dead across the sea.
Flesh of her flesh they were, spirit of her spirit,
Fallen in the cause of the free.

Solemn the drums thrill: Death august and royal
Sings sorrow up into immortal spheres.
There is music in the midst of desolation
And a glory that shines upon our tears.

They went with songs to the battle, they were young,
Straight of limb, true of eye, steady and aglow.
They were staunch to the end against odds uncounted,
They fell with their faces to the foe.

They shall grow not old, as we that are left grow old:
Age shall not weary them, nor the years condemn.
At the going down of the sun and in the morning
We will remember them.

They mingle not with their laughing comrades again;
They sit no more at familiar tables of home;
They have no lot in our labour of the day-time;
They sleep beyond England’s foam.

But where our desires are and our hopes profound,
Felt as a well-spring that is hidden from sight,
To the innermost heart of their own land they are known
As the stars are known to the Night;