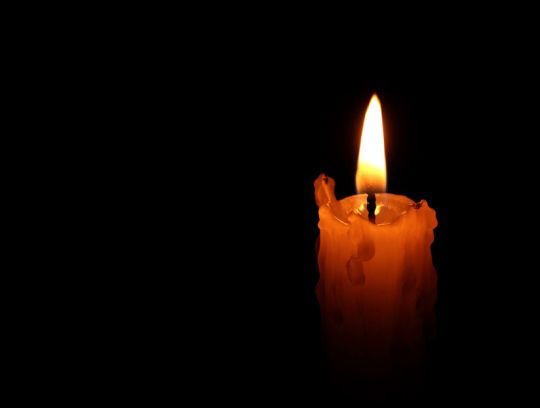 This Sunday we kept the feast of the Presentation of Christ in the Temple. It’s actually on 2nd February, but the Church of England allows us to transfer it to the previous Sunday when more people will be in church! During the service we had a baptism, and at the end we joined in the candlit procession which ends at the font for the final part of the liturgy. The font is by the main church door, and so we remember that the place where we give our lives to Christ in baptism is right next to the door where we leave worship to take Jesus out into our world.

Here’s what I said.

The birth of a child has always been a cause for celebration. And throughout history different cultures and religions have had their own special ways of celebrating. In our own culture people celebrate with parties, champagne, and often – as this morning – a christening at the local church. In just a few moments we’ll be christening Edward as he becomes a part of our Christian family, and it’s a special joy for us all to be welcoming someone from one of our own church families.

The Jews at the time of Jesus were no different. They had their own particular laws and customs surrounding child-birth. And the Jewish Law with its rules on what was clean and unclean said that a mother needed cleansing after the birth of a child – which is why  Mary and Joseph went up to the Temple for purification.

This purification took place forty days after the birth. In fact, the feast of the Presentation, counting Christmas Day as day one, is kept 40 days after Christmas Day on February 2nd. We are actually celebrating early, as the Church of England calendar allows us to do. The feast is accompanied by candles being blessed and carried in procession in honour of Christ the light of the world, as it has been since it started in the early days of the Church.

For it’s a feast that dates right back to we think at least the early 4th century, to around the same time that the emperor Constantine legalised Christianity and made it the state religion in AD 313. And we have an early eye-witness account! In the late 4th century the intrepid Spanish pilgrim nun Egeria went on a three-year journey to the Holy Land. She left a diary of her travels for her fellow nuns back home in Spain, giving us an early eye-witness account of the great ceremonies of the Christian Year. At that time the nativity was celebrated on the feast of the Epiphany, January 6th. So, the Presentation was kept on 14th February, 40 days after Epiphany. And Egreria writes how on that day the Christians celebrated with a procession to Constantine’s Basilica of the Resurrection, known as the Anastasis, in Jerusalem. Today it’s known as the Church of the Holy Sepulchre. She writes :

Note that the Fortieth Day after Epiphany is observed here with special magnificence. On this day they assemble in the Anastasis. Everyone gathers, and things are done with the same solemnity as at the feast of Easter. All the presbyters preach first, then the bishop, and they interpret the passage from the Gospel about Mary and Joseph taking the Lord to the Temple, and about Simeon and the prophetess Anna, daughter of Phanuel, seeing the Lord, and what they said to him, and about the sacrifice offered by his parents. When all the rest has been done in the usual way, they celebrate the sacrament and have their dismissal. (Quoted from Egeria’s Travels by John Wilkinson – Aris & Philips 2006)

Just be grateful that you’re only getting one sermon this morning and not one from each of your priests and the bishop.

Well, that passage from the Gospel about Joseph and Mary taking the Lord to the Temple that Egeria mentions is, of course, our gospel reading this morning. Jesus is taken by his mother and Joseph to the Jerusalem so that his mother might be purified according to the law of Moses and her first-born son presented to the Lord in the Temple.

During that visit Luke tells us how a just and devout man called Simeon took the child in his arms blessed him and said,

“Master, now you are dismissing your servant in peace, according to your word; for my eyes have seen your salvation, which you have prepared in the presence of all peoples, a light for revelation to the Gentiles and for glory to your people Israel.”

Christianity is about a real person who lived and died and rose again. Saint Luke, in his narratives surrounding the birth of Jesus, goes to great lengths to show that we are dealing with a real person who is rooted in history. His narrative tells us that his parents were real people – Mary and Joseph. He had a real family around him – Aunt Elizabeth and Uncle Zechariah and cousin John. He was greeted by real people – Simeon and Anna – in the Temple.

And everything that the church does, everything Christians do, must be based on this specific birth event – an event we call the Incarnation – God becoming a human being in the person of Jesus. It is because in a definite time in history, God “visited and redeemed his people” in the person of Jesus Christ, that as Christians we accept the teaching of Christ given through the Scriptures and through his Church. Jesus is not wishful thinking! Jesus is real!

And nowhere in the Church’s celebration of the Christmas do we see the historical roots of our faith more clearly than in this feast which marks the end of the Christmas season, as Simeon proclaims Jesus to be a light for all people. God has sent his Son to bring light where there was darkness.

Saint Sophronius, bishop of Jerusalem, in a sermon preached on this feast day some time around the early 7th century, emphasised this. He said:

This is the mystery we celebrate today, that the Light has come and has shone upon a world enveloped in shadow; the Dayspring from on high has visited us and given light to those who were sitting in darkness. This is our feast, and we join in procession with lighted candles to show both that the light has shone upon us and to signify the glory that is yet to come to us through him.

The candles that were used in the procession, people would take home with them – trying their best to keep them lit all the way home as a sign of good luck for the coming year. You might want to give that a try!

But they would also keep them through the year as a reminder of the presence of the light of Christ in their lives. Sophronius in his sermon reminded us that the Light has come and has shone in a world enveloped in shadow. And at times in their lives when perhaps the shadow, for whatever reason, seemed darker, people would light the candle and say a prayer. Today, just as people have done for at least sixteen centuries we will celebrate with a procession of lighted candles the coming of the light – God’s light – into the world. The procession finishes at the font as a reminder that all the baptised have been filled with the light of Jesus and are to take that light out into the world.

And what better day than this for Edward’s baptism, as we celebrate him receiving the light of Jesus in his life. And he will be able to process with his baptism candle – though we’ll get someone to carry it for him!

Take that light, the light of Jesus, home with you in your hearts – and take the candle too, so that at times when perhaps that light is needed to shine more strongly, you can light it and pray to Christ to lighten the darkness of this world. But above all, remember that the light of Jesus is within us all, all those who believe, and we can bring his light into all the places where it needs to shine.