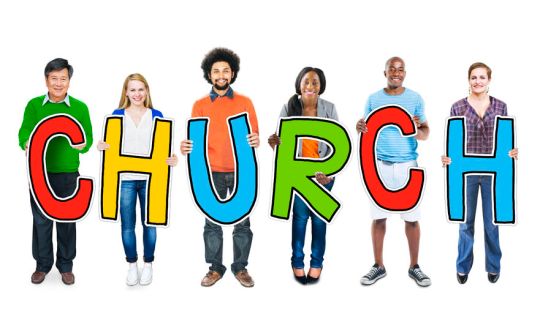 Here is the second of this week’s sermons on the gospel reading for last Sunday from Matthew – the somewhat problematic story of Jesus rejecting a plea for healing from a Canaanite woman because she is not one of the lost sheep of the house of Israel. In the end, though, she persuades him to change his mind. This sermon is from Father Jerry who was preaching at St John’s.

If you were unfamiliar with the name before this week then – unless you’ve managed to avoid the news – you’ll now know all about Charlottesville, in the State of Virginia. White nationalists, heavily armed, marched to protest over the removal of the statue of General Robert E Lee, the Civil War general who had led the Confederate forces during the US Civil War. His statue was being removed because some saw it as wrong to continue to honour someone who had supported slavery. A major reason for the US Civil War was the desire of the North to abolish slavery against the wishes of the South, and slavery was abolished at the end of the war in 1865.

Others, civil rights protestors, turned up to oppose the march by the white nationalists, and violence ensued. The politics of the Civil War still live on in the United States. And at the heart of it all issues of inclusion and equality.

Britain had abolished slavery almost 60 years earlier than the US. And here the name of William Wilberforce and his work in abolishing slavery are forever linked. Wilberforce worshipped at my previous church, Holy Trinity in Clapham, and our nave altar where we celebrated communion every Sunday morning was the table at which he worked. Every time I celebrated communion I was reminded of his struggle.

For his work to abolish slavery didn’t come without cost. He campaigned for twenty years. His passionate belief as a Christian was that everyone had the right to be free – no person had the right to own another. But that belief led him on a long path and he was subjected to vitriolic personal attacks, physical assaults and even death threats, because of his efforts to abolish slavery.

It seems hard to believe now but there were those who passionately believed that the Bible taught that slavery was part of the human condition and that those who sought to abolish it were evil and wicked people opposed to Christianity. Hard to believe that there were Christians who were so opposed to the abolition of slavery that Wilberforce was subjected to such appalling treatment because of his fight for justice.

Wilberforce’s fight for the freedom of those whose freedom was denied by their fellow human beings had involved uncovering the sheer horror and disregard for human life on board the slave ships.  It had involved presenting this information time after time to people who did not want to admit that there was a problem and who resolutely shut their ears and their minds to the truth. It had involved many failures.

And when, after those years of campaigning, the House of Commons voted for the abolition of the slave trade in Britain at four o’clock in the morning on the 23rd February 1807, William Wilberforce bowed his head and wept. It was a wonderful moment of inclusion, and the result of a bitter and difficult fight. He continued fighting for the rest of his life for the abolition of the slave trade across the rest of the Empire, and died just three days after Parliament passed the Slavery Abolition Act in 1833.

Our Gospel reading today tells of another great moment of inclusion, of a decision to reject centuries of hatred and enmity and oppression.

In Matthew’s gospel up until Jesus meets the Canaanite woman, nearly all of his work has been with the Jewish people, and within the borders of Israel. Apart from a couple of exceptions, Jesus seems rather exclusive. When he sends out his disciples to teach and heal, he explicitly tells them they are to go only to the lost sheep of the house of Israel. That aside, within the house of Israel itself Jesus is seen to be generously inclusive. Those normally on the edges of society — the poor, the sick, the disreputable — flock to his radical words and healing touch.

Everywhere he goes, the mute speak, the lame walk, and the blind see. Just a chapter before Jesus meets the Canaanite woman, this feast for the poor and disregarded is celebrated both symbolically and materially in the feeding of the five thousand. And yet – up until this point Jesus, who has reached out to society’s marginalised, has only done so within his own people.

And then suddenly, and inexplicably, Jesus leaves his own country and heads north to the region of Tyre and Sidon. We are given no reason why he does this — it is a curious break with his pattern of ministry so far. Matthew is writing for a predominantly Jewish Christian community. Perhaps he is wanting to reinforce the message that the gospel is not just for the lost sheep of the house of Israel but for all of God’s people, whoever and wherever they might be. At any rate, he tells us how Jesus, out of the blue, suddenly leaves home territory and heads for a foreign country.

And it is here, in Gentile country, that Jesus is confronted by an irritating but persistent Canaanite woman, who seeks help for her daughter. And here we have a problem. We tend to think that the Jesus of the gospels is always telling people to love each other. Yet here we see a Jesus who comes across as being dreadfully rejecting – exclusive.

Here, a bit of context helps. The Canaanites were expelled from Israel by the Jews who had come out of Egypt centuries before with Moses and who, after years wandering the wilderness, entered and conquered what for them was the Promised Land. But for the Canaanites it was their home. The Canaanites had their land taken from them. At the time of Jesus Canaanites were still around and inevitably they hated the Jews. There was no love in return, either.

But we think of Jesus being different. And so the response of Jesus to this woman seems shocking to us. His generosity seems to fail him. He tells her that he is called only to the lost sheep of Israel, and, even worse, appears to call her a dog — a grave insult in the Arab world. He is excluding her. Perhaps we are seeing the human Jesus who is a product of his own cultural background.

People over the centuries have tried to tone this down, to explain away Jesus’ rejection of this desperate woman. But there is no getting away from the severity, and from the sheer shock factor, of Jesus’ words. What is remarkable about this woman is that she is undaunted, and battles on, declaring that even a dog can eat the crumbs from under its master’s table. And somehow she manages to get Jesus to change his mind. Somehow she gets Jesus to see that he is wrong. Perhaps the reference to crumbs reminds Jesus of the feeding of the five thousand with a few loaves and fishes, a miracle that had taken place not long before. At that great event twelve basketfuls of bits of bread were gathered up afterwards, symbolising that Jesus would meet the needs of the twelve tribes of Israel. What about a few crumbs for a Canaanite woman? Jesus is given a challenge.

And the woman’s courageous and desperate answer seems to change his mind. He marvels at her faith and heals her daughter. And the thing is, we do not see Jesus just changing his mind in this one instance. He doesn’t just think – okay, then, just this once as you’ve been so insistent!. His engagement with this woman, in Matthew’s story, marks a distinct change in the direction of the rest of his ministry. When he heads home, Jesus goes through Gentile territory, and what he did in Israel, he now does openly and without question for all those who come to him from these lands. Matthew makes this abundantly clear – Jesus has changed the focus of his ministry.

I mentioned a moment ago the feeding of the five thousand which had taken place shortly before this encounter. Jesus, remember, tells the Canaanite women that he that he is sent only to the lost sheep of Israel. That miraculous feast took place in Jewish territory. The miracle of the feeding of the five thousand was a miracle for Jews. Like it or not, in Matthew’s gospel the ministry of Jesus up to this point has been exclusive – only, as he puts it, for the lost sheep of the house of Israel. This glorious inclusive moment, as Jesus responds to the Canaanite woman’s plea, is celebrated by another symbolic and miraculous feast which takes place straight after this encounter – the feeding of the four thousand, this time on the other side of the Sea of Galilee. And what is hugely significant is that this is in Gentile territory – now Jesus is showing that he will feed everyone. He has moved from exclusion to inclusion.

And from that point on the message of Jesus is clear. The gospel is for everyone.

I pointed out earlier that Matthew wrote his gospel for a predominantly Jewish Christian community. But Gentiles were becoming Christians and starting to join this Church community as well. It may well be that what Matthew is trying to get across to the Jewish Christians in his church is that they must welcome Gentiles in as well, and that attitudes must change and the community must change – for all are equal and all are welcome. The mainly Jewish congregation needed to learn that while Jesus, their Messiah, had been promised for and had come for the lost sheep of the house of Israel, their Messiah was a Saviour for everyone.

They needed to fully understand what Saint Paul highlights in his letter to the Church in Galatia:

The Canaanite woman is an outsider. But what Jesus does is make her an insider. She is now a recipient of the love of Jesus. And his message from this point on in Matthew’s gospel is that all are one within the love of God. And what Jesus shows us this morning is that we must, like him as he reaches out to the Canaanite woman, and then reaches out with the message of salvation for the whole world, be fully inclusive, for all are one in the love of God. The Church of Jesus Christ is for everyone!

And Jesus shows us that we must abandon our prejudices against those who are different, whether that’s a conscious or a sub-conscious prejudice. We must put aside our disapproval of those whose lifestyles or beliefs we do not like because they do not conform our own.

William Wilberforce worked tirelessly throughout his life to break down prejudice and opposition to the abolition of slavery both without and within the Church. We too need in our own day to work just as tirelessly for everyone, no matter who they are, no matter their background, to feel fully included.