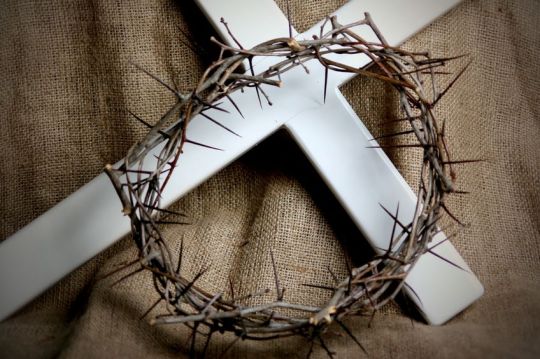 Here’s my sermon for Palm Sunday. On Palm Sunday we have two gospel readings. We begin with what is called the Palm Gospel, the account of Jesus entering Jerusalem for the feast of Passover. The second gospel is called the Passion Gospel, the long account of Jesus arrest, trial and crucifixion. I preached on the first, and picked up on the idea of the two processions entering Jerusalem that day which is discussed in detail in the excellent book ‘The Last Week’ by Marcus Borg and John Dominic Crossan.

What to do on a bank holiday Monday? What will the weather be like? Will it be sunny? Or will it be traditional British bank holiday weather? Will we be able to go out and have a really enjoyable day, or be consigned to staying in and watching TV? END_OF_DOCUMENT_TOKEN_TO_BE_REPLACED

Here’s my sermon from Palm Sunday

The Star Wars fans among you will no doubt have been as surprised as I was when we heard the news last October that there are to be three further instalments to the Star Wars movie Franchise. For those of you who don’t get quite as excited at the thought of further films to the most successful series of science-fiction films ever let me explain the story so far… END_OF_DOCUMENT_TOKEN_TO_BE_REPLACED

Busy week, of course, being Holy Week, with services every day, so only just catching up with sermon posting. However, for those of you with a bit of stamina I’m about to post all our sermons from Holy Week. The first, from Palm Sunday, was preached by Mother Anne-Marie.

Jerusalem was a conquered city, a city under Roman occupation. Not unusual. Throughout the entire history of the known world, people have conquered other people, Kings have sought to rule the world and empires have come and gone. Jesus enters the Roman occupied city of Jerusalem to the triumphal waving of palms and the victorious cries of the crowd “Hosanna, blessed is the coming Kingdom of our ancestor David”.  Is Jesus coming to reclaim Jerusalem – coming to conquer it back? The cries of the crowd would indicate that perhaps they thought so. “Hosanna” – the Hebrew “hosha’na” – God save us – that was what the crowd were shouting – hosha’na – God save us. Jesus was interested in conquering territory – in conquering a place as yet unconquered. He wasn’t there to win back Jerusalem but there to win for the first time a far more precious territory. A place as yet unconquered, the unconquered territory of the human heart. He was entering Jerusalem, but more interested in entering the heart of every person lining the road. END_OF_DOCUMENT_TOKEN_TO_BE_REPLACED